Journal of Management Research and Analysis (JMRA) open access, peer-reviewed quarterly journal publishing since 2014 and is published under auspices of the Innovative Education and Scientific Research Foundation (IESRF), aim to uplift researchers, scholars, academicians, and professionals in all academic and scientific disciplines. IESRF is dedicated to the transfer of technology and research by publishing scientific journals, more... 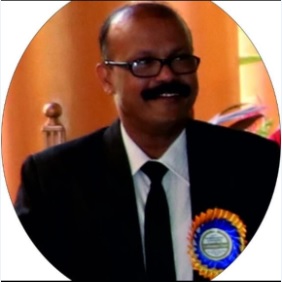 Globalization has given new momentum to the existing market orientation by increasing international flow of resources & capital, powering up the private players and thereby, bringing about economic stabilization and growth. Undoubtedly, it has led to build an effective and efficient economy but, it has also escalated the challenges when it comes to surviving in it because it has also resulted into a highly dynamic and turbulent environment, proportionately. The environment which prevails now along with existing political uncertainty makes it crucial to handle these reforms well and responsibly, especially, when the concept of international borders and consequent restrictions have become obsolete. Thereby, everything has been transformed into one single global market.

Amidst these changes and run for survival, the expansion of business market globally, has led to increased complexity of the global systems within which commerce and trade performs. A global system comprises of environmental, political, legal, economic, financial, and cultural systems that help to make and remake the world. Managing all of it as a single unit within and across the borders is no cake walk. And these global systems are maintained through global governance, a unified standard and procedure through which international trade and commerce is carried out. It encompasses activities that transcend national boundaries at the international, transnational, and regional levels and is based on rights and rules that are enforced through a combination of economic and moral incentives.

Irrespective of global system being such a convoluted system, it is being managed across the borders through trained human capital and expanded information system. With the amalgamation of cross-cultural business market, global governance and global information system have played an important role in coping up with the uncertainty and dynamism of global systems. However, certain imbalance has also been caused in the system, owing to its unprecedented complexity, accelerated speed of change, uprisings in country to get back control of the society and outdated steering mechanism of global governance. To manage the negative effects of globalization and put balance back in global systems, certain steps have to be taken. Some of the measures include making of a global system that respects diversity and is stakeholder based which includes civil society, business, government, and individual citizens and groups. It should be sustainable and inclusive which might mean re-distribution of policies and taxation. Lastly, it should be gender-balanced and human centric.

Global Business is the new trend, perhaps the one which has existed since 1980s and 1991 in India but made its presence felt with surge in the number of competitors due to increased accessibility to foreign market through technological evolution. Managing global business is demanding but at the same time it is rewarding. Similarly, managing global systems in alignment with internationalization keeping in mind every stakeholder and its possible pros and cons can be equally difficult but possible. But one should keep in mind that these global systems responding to globalization has its effect on political, social, economic, ecological, and technological sub-systems and the health of these sub-systems governs how globalization functions. Hence, the learning never stops because with a blink of an eye, there is a change that has to be measured and acted upon to derive its benefits. A minuscule of change at one part causes a ripple effect across all the entities spread globally which is a challenge that has to be then dealt with, strategically, before someone misses the opportunity to their competitors